Music for Canyengue is played at most milongas, but many can only tango to it. 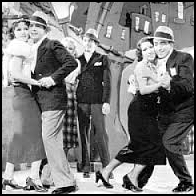 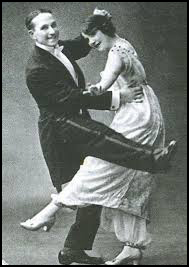 The original canyengue (Kan-zhéng-ay) was a dance popular in the suburban districts of Buenos Aires from around 1900, and perhaps as early as the 1880s. In Lunfardo (Buenos Aires slang) the word implies ‘rough’, ‘of low social standing’[i], but this meaning may be derived from previous usage. It may have originally come from a dance call in Ki-Kongo, an Afro-American language of Buenos Aires at the time: kanienge is a call to “Melt into the music!”[ii]. “Rhythmical walking”[iii] is Marta Anton’s translation, or it may mean “lilting walk”[iv] .

Whatever the origin of the name, the precise mix of European, African and Argentine influences and social circumstances that drove the evolution of the dance is now lost, but it co-existed with other couple dances such as milonga and tango liso that emerged in the same milieu. These dances are important precursors to tango as it is known today.